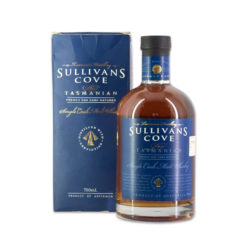 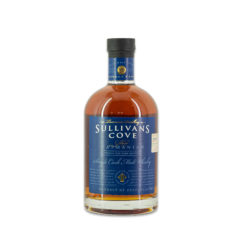 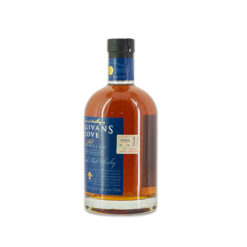 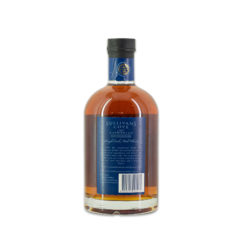 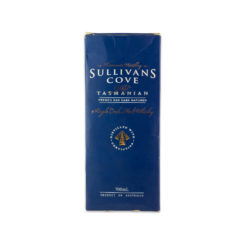 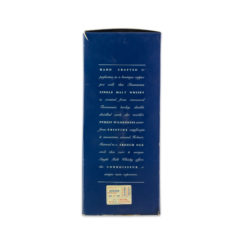 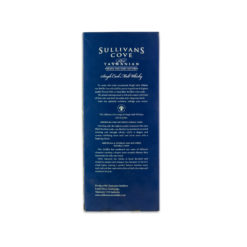 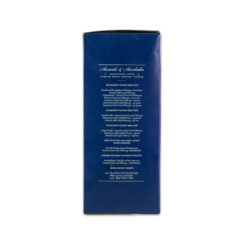 Hand-crafted to perfection in a copper pot still, Sullivans Cove Single Cask French Oak Whisky is double distilled using Tasmanian barley and only the purest wilderness water from Tasmania’s mountains and forests. Matured in hand selected French Oak Port casks and allowed to settle and clear naturally, this single malt retains full, creamy lingering flavours and is considered to be one of the best whiskies in the world.

*original box with some scuffing as per photograph